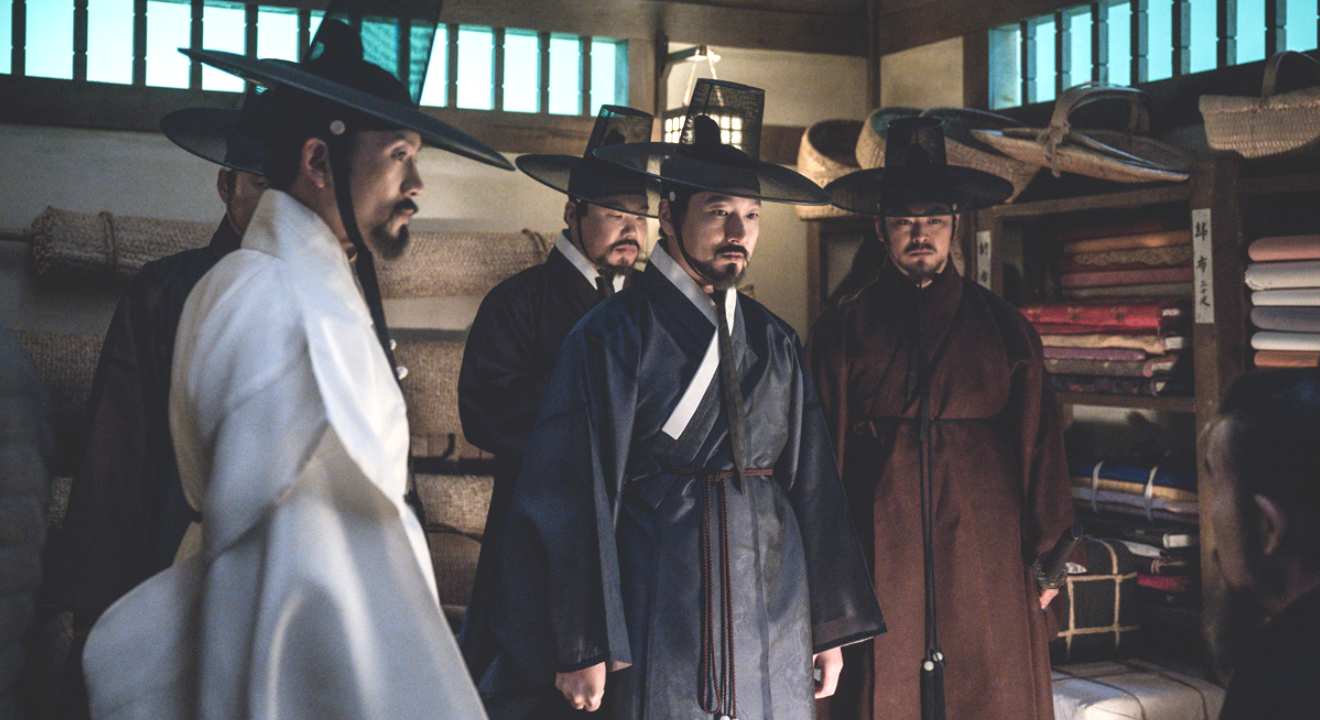 One form of philosophy that’s been especially historically important in East Asian cultures including Korea, and which in fact remains important in terms of its influence on culture, is feng shui, or as it’s called in Korean, pungsu. The basics of this philosophy (understood as science to its practitioners) rely upon an interesting analogy between the landscape and the body as understood in Eastern medical traditions: just as health is primarily seen as related to the flow through living bodies of life energy (“gi,” (氣) a concept familiar to Westerners by its Chinese name, “chi” or “ki”), geomancers argue that powerful energy flows through the earth, and can be diminished, concentrated, or increased by properly according construction or location within a given landscape.

These principles have long influenced the placement of buildings in Korea, but also the selection of sites for cities and villages, palaces, and gravesites; even today, it is common to find gravesites selected because of their proximity to mountains and waterways.

The film Feng Shui explores this idea in an interesting way, by transposing the typical palace intrigue plot to the (forgive the pun) grave plot. That is to say, what if the burial site of an ancestor magically determined the fate and fortune of his or her descendants? The obvious answer is that you’d have a really handy way of messing with a family’s future: you could exhume a primary ancestor and then re-bury the corpse in some inauspicious spot likely to rain down bad luck on the whole family. Likewise, if you were hell-bent on ascending to the top ranks of power, one way to “cheat” would be to obtain access to some prime gravesite land and then, either straightforwardly or with more underhanded means, bury the remains of your own primary ancestor or ancestors there.

It’s a conspiracy much like this that underpins the movie Feng Shui, and it’s the power of this weird geomantic conspiracy that brings me to recommend the film. As a movie in itself, it’s alright but not the kind of thing that sticks out in one’s memory. However, it’s an ambitious story with a fundamentally cool concept that’s easy to steal and work into your game. Whether you’re looking for a short investigative adventure or something bigger, the idea of a conspiracy of disinterring and re-burying ancestors could fall anywhere on a range from comedic, in the mode of Weekend at Bernie’s, to dark plottings and conspiracy, as in this film. While the movie Feng Shui doesn’t quite live up to its potential as cinema, it’s also a good reference as far as how the Joseon era looked, and its central conceit is one that deserves some play in your game.

There are a lot of ways to spin geomantic burial conspiracy in a role-playing game, of course: maybe your player characters are gunning for a higher position in the aristocracy of their own kingdom, and are on a quest to find an excellent and unoccupied gravesite for their shared ancestor? Maybe they’re royal investigators, trying to track down the missing remains of a ruler’s ancestor and return it to its proper gravesite before chaos rains down upon the land, or the ruler falls ill or goes mad? Or maybe a ruler does go mad and, as members of the rebel forces, they’re tasked with removing that ruler’s ancestors and re-burying them in a place that will sap the ruler’s power and doom them in the uprising to come?

What’s great about this kind of thing is that it’s a way to bring alive some unusual and distinct magic in the setting of Jeosung without having to homebrew a bunch of spells. Pungsu can be considered magic, but it would be magic that goes beyond spellcasting in the traditional Vancian magic of mainstream RPGs. A little of that can go a long way to breathing life into an RPG setting and making it feel different and fresh, or if you want to push it harder, you can integrate this element into the environment in a way that boosts or inhibits the effects of spells cast by characters: in a place with a particularly strong bangsaek (elemental) affinity, you could boost the power of spells linked to that bangsaek, or downgrade the effectiveness of spells for opposing affinities. (For more ideas on how to do this, see the OSR Conversion Document.)

Oh, and just in case we don’t get around to it later, Feng Shui is the third of a trilogy of films released by Jupiter Films focused on Korean fortune-telling and magical traditions: the other two are The Face Reader (2013), dealing with the science of reading faces, and The Princess and the Matchmaker (2018), which deals with certain techniques based on faith (like astrology) used in matchmaking.

As an added bonus, it’s worth seeking out a semi-fictionalized essay by Minsoo Kang on the subject. The essay, “Kyongbok Palace: History, Controversy, Geomancy,” a fascinating tongue-in-cheek paper dealing with conspiracy theories related to geomancy and modern imperialism (specifically Korean rumors of subtle geomantic warfare during Japanese colonial era). You can find the essay on Muse (if you have access to the journal Manoa through a library) or in Kang’s 2006 collection of fantastical short stories, Of Tales and Enigmas (published by Prime Books).

Oh, and if Minsoo Kang’s name rings a bell, it’s because his translation of The Story of Hong Gildong was featured earlier in this series.

An interesting note about the film Feng Shui is that it offers some great visuals for inspiration relating to the Haemasijang market that can be found on the island of Haemadö in Haenamguk. I added an image used as a wallpaper for the film here for you to get a visual idea of what this intricate and crowded market would look like.