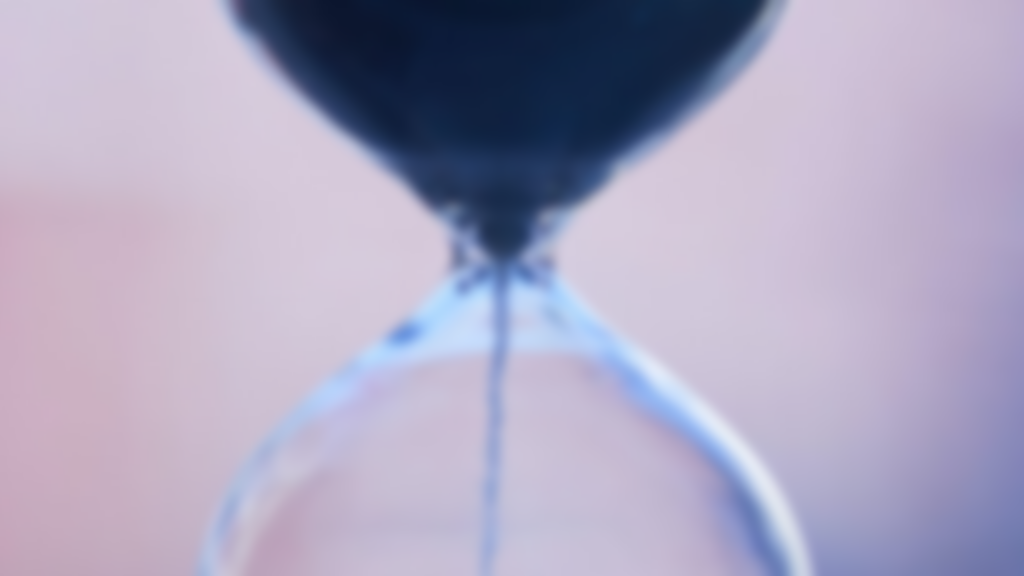 Photo by Roy Muz on Unsplash

by Scholar Yi Yejin of Gomnaru

Time flow is still very misunderstood in Jeosung and many have gone mad trying to figure it out. It is only through a series of notes written by scholars over the past few centuries that we can glimpse into the basic mechanics of time flow.

The Nature of Time

We all travel through time. The simple act of living, moving forward, letting time pass one day at a time, one full moon after the other, is an act of moving towards the future. It is inexorable and most of us will never know anything else but this type of time travel, trapped in a body that knows nothing else but to age and die.

It is hard to imagine in what other way time could be experienced. Experiments with Maheum mudangs have shown that the future could be predicted to some degree.[1]“Time and Predictions, The Infinity of Maheum” Geukwan of Yodongseong with the support of the Council of Five of Mudangguk, Year 152, Samwol Mūl Il. However, it hasn’t been proven yet if those mudangs’ abilities were that of foretelling the future, or being connected with everything that is and everything that intends, and therefore be able to predict with reasonable accuracy what will most likely be. So in that sense, it is possible to imagine that the Future is nothing more than the movement from the current state of all beings to the next by way of concretization of their intentions.

In the Era of the Dragon Kings, many a sorcerer experimented with what is remembered as Time Magic.[4]“Hidden History of Time, Disturbances and Ripples” Asst. Researcher Jimong of the Library of Yodongseong, Year 212, Owol Gongi Il. It was an art developed by sorcerers in the East to try and use on the field of battle in the service of their King. The content of such magic didn’t make it to our time but some of the sequels are still here. In small areas, often limited to a single building, or a forest, time has shown to be stuck in a loop where certain events happen again and again. While it still hasn’t been definitely proven, the forest of Gaeulsoop in Daewanguk seems to have been trapped in such a spell. The most surprising part of this specific example is that while the forest is stuck in an eternal autumn, those who choose to enter or leave the forest seem to be unaffected by this time loop.

Another famous example is the Northern Docks in Huju in Daewanguk, where ships that perished at the end of the Second Age still appear in a semi-material form and conduct business as if nothing had happened. The clarity of their appearance is dependent on the quarters of the moon, and when they are the most visible, the actions of their crews seem to be the same time and again. Here, and just like in the case of Gaeulsoop, anyone trying to interact with the crews of those ships will be able to do so without being affected by the time loop. However, the aggression that those individuals have shown,[5]“Collection of Observations on Spiritual Activity in Huju” Yoji of Huju, collection hosted in the Hwangak College of Magic in Huju, Year 211, Ilwol Būl I. and the chances of getting dragged on the ships, never to be seen again, are too high, and those interactions have stopped a long time ago.

So the loops have been defined as “pockets of suspended time where actions of those present when the time loop was created are repeating indefinitely, but where newly added components continue to experience time in a linear way.”[6]Definition agreed upon during a gathering of scholars in the Wonhwa College of Gomnaru discussing Time for research and education, Year 202 Shibiwol Mūl Sam.

Every once in a while, and it seems to mostly have been in times of need,[7]“Reports on Orbs of Time Reset in Mudangguk” Sangsucheong Main Office in Michuhol. legendary items such at the Orb of Time Reset pop-up into the world. The mechanics of those items are still misunderstood and no one knows how they are still being created now. It appears that only a very select group of individuals can either create them, or get their hands on a remaining stock left behind during the Second Age. It is also possible that those people have a certain number of orbs at their disposal and choose to use them for specific purposes only.

These orbs have the ability to create a marker on time, and then allow the users to come back to that marker, essentially rewinding all of the events from the moment when the marker was setup to the moment the users choose to travel back in time to the marker, an action known as the Recall. Those Resets initiate a succession of events that change the course of history based on the new actions taken by the users of the orbs. Everyone affected by the action of the past, before a Recall, are modified by a force, an energy of sorts, to match the new version of reality, breaching the gap between what was and what is. All those affected by those changes fall inside an area called the Time Ripples. Anyone outside of those Time Ripples are essentially unaffected by this event.[8]“Compiled Research and Experiments on Time” Professor Cho Yeonsuk of the Wonhwa College of Gomnaru, Year 198, Palwol Tang Sam.

This time of bridging is equivalent to the span of time between the original marker and its corresponding Recall. So, if a user of an orb triggers a Recall three days after setting a marker, it will take three days for time to set itself right and reconcile with the new reality. During that time, there have been reports of people experiencing Déjà Vu, nausea and fleeting memories[9]“Reports on Orbs of Time Reset in Mudangguk” Sangsucheong Main Office in Michuhol. of a time that had been but will ultimately never come to exist. Once the world catches up with the time of Recall, all of these memories and sensations are gone and life continues as if nothing had happened.

It is important to note that when several Orbs of Time Reset create a time marker in succession, any orb activated prior to the one that triggers a time reset are rendered completely useless. There is a report coming out of the Koryo Hall of Adventures in Mudangguk, that describes how amongst five Orbs of Time Reset, when one had triggered a Recall, the two orbs that had be activated prior to that one turned dark, and their internal energy turned to ashes. However, the two that had been activated after the orb that triggered the Recall had been left unaffected.[10]“Reports on Orbs of Time Reset in Mudangguk” Sangsucheong Main Office in Michuhol.

At this point, it is impossible to know how long a Reset can last, and we have no idea how many times and for what purposes those Resets have happened in the history of our world.

What scholars in the field have found the most difficult to wrap their heads around is the concept of memory and time flow. Those who have used the orbs and still lived to tell the tales had a blur of memories during what appeared to be the bridging, and then no memory whatsoever of their alternate past once the bridging was completed. Even the scholars interrogating the users had no memory of why they started to interrogate those users.[11]“Compiled Research and Experiments on Time” Professor Cho Yeonsuk of the Wonhwa College of Gomnaru, Year 198, Palwol Tang Sam. Only scraps of studies found in hidden parts of secret libraries allow for this very essay to exist. It would appear that there is either a compulsive need to destroy notes and research about time flow by scholars working really close to it, or that there is an external component that we still don’t understand that is actively destroying everything on the subject.

So the current process for using an Orb of Time Reset is that the users usually have to write down, or get someone to write down, everything that they remember about their alternate past before it disappears from their memory. When that is done, there must be a concerted effort to protect this information and act upon it as soon as possible.

A Theory on the Guardians of Time

While there is a certain amount of speculation on how and why all the reports compiled on time flow in Jeosung tend to disappear or be destroyed, one theory has been gaining momentum over the past century.[12]“Time and the Manipulation of the People of Jeosung” Moon Jilsuk of Tanchön, Year 131 – Exact date undefined. It states that the group of people that allows for the orbs to appear in the world and be used for specific purposes, may also be actively working to erase the proof of the orbs having been used in the first place. This would mean that not only do they choose, maybe for strategic purposes, when and why the orbs are used, but they would also prevent anyone from knowing that the orbs have been used. This would allow them to use the orbs for greater purposes and stop anyone from identifying a pattern. If this was to be true, there is no way to know if the motivations behind the use of time travel are nefarious or beneficial to the world.

The most vocal proponents of this theory have been pushing towards the belief that the intentions are good and that those behind the time events are trying to prevent another Winds of Darkness, thus calling them the “Guardians of Time.”[13]“Guardians of Time and the Protection of the People of Jeosung” Professor Cho Yeonsuk of the Wonhwa College of Gomnaru, Year 201 Ilwol Gongi Sam. They support their theory by saying that “if their intentions were indeed nefarious, then everyone would already be living in an inescapable hellscape due to the incredible power that Time Resets represent.”[14]Closing arguments on the matter of Guardians of Time during a gathering of scholars in the Wonhwa College of Gomnaru discussing Time for research and education, Year 202 Shibiwol Mūl Sam.

Every scholar, regardless of their beliefs and intentions in the field, agrees that they have barely scratched the surface when it comes to time, and time flow research. It is difficult to come across instances of time travel, or separate fact from fiction, an unfortunate side-effect of offering monetary rewards for anyone who wants to share their stories of potential time reset sequelae. However, the general body of work grows in time, and if there is any confidence that the field can bring us, it is that one of us, in the future or in an alternate revision of the present, will bring about a clear understanding on the matter, and that we will finally be able to shed light on this eternal mystery. This is a certainty that the inexorability of life, of unstoppable progress, and the inability for a mystery to stay a mystery forever, is offered to us, those who choose to stare down time rather than let it strip us from its own essence, a day at time, and full moon after another.