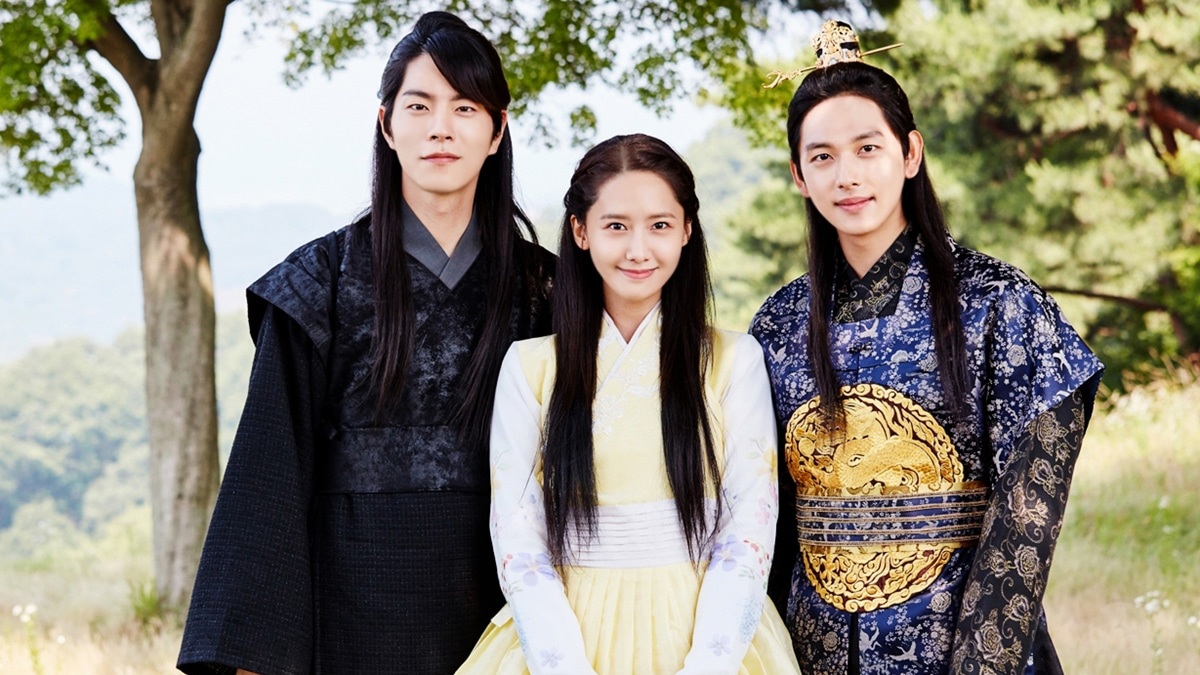 I have recently completed a big project for a Korean company that had me proofread French subtitles for some of SBS Dramas that will be released in France soon. I will be writing another article about the hoops and woops of making sure that the French subtitles are accurate enough when coming from Korean language later. For this one, I would like to talk about what I noticed when working on those dramas.

First off, let me be upfront. While I was grateful for the opportunity, I was also worried about having to work with a type of content that is labeled in my mind as poor writing hidden behind screaming Z list actors.

Oh boy am I ready to repent. I have discovered much more nuanced, well executed and beautifully shot work that I didn’t know existed in the realm of Korean dramas. The acting was great and the entire experience gave me such a thrill that I naturally turned my writer/filmmaker brain on to try and analyse what I was looking at. It will be hard to be specific with names of shows and specific situations within the shows as it is unclear how much I can voice my involvement with these projects just yet. So this article will mostly be about general concepts and quirks that I noticed.

The Essence of Korean dramas

The more I watched and the more I wondered how characters kept on jumping in and out of each other’s lives. Was it forced and simply the writer’s way to create drama when there could have been none? There is nothing I like less than having a writer shove things in a character’s life just for the sake of plot. However, it was such a recurring pattern that I tried to identify and understand it. So here is what I have come to understand.

For instance, an event can be an accident that tore a family apart. The characters on the collision course then can be surviving members of that accident, people who caused the accident, politicians who are involved in the reason for the accident to have occurred, and also maybe journalists who covered the accident and blamed the wrong people, etc.

As for theme, it could be something like “pain.” A man who has a disease and can’t feel pain becomes a doctor that specialize in pain treatment and life sustaining procedures. A woman who has caused pain to someone close to her in the past works in the same hospital as the doctor. A new drug is released on the black market to relieve pain and ultimately help in euthanasia procedures. The head of the hospital is in a vegetative state but unplugging him means a whole lot of inner political turmoil. Oh and euthanasia is illegal of course.

Whichever technique is used, it must be inevitable that all key characters in the story collide and they must do so because they find themselves having to face the relationship they have with the origin story and the characters who stand on the opposite side of the spectrum.

Sticking to a Concept Even When It’s Ludicrous

I have seen two types of concept management in Korean dramas: the infuriating type and the stick to your guns type.

There was a show a few years back called “Secret Garden.” The concept was that a stunt woman and a rich careless man ended up exchanging bodies, with her mind getting into his body and vice versa. Through this exchange, they both had a chance to see each other’s problems and they were forced to collaborate to make sure that their respective lives wouldn’t fall apart. Great concept, made for some fun moments and great character empathy. However, barely halfway through the show, they switched back and then it became a traditional love triangle story. Infuriating.

Another show called “Pinocchio” uses a simple concept: there are people in this world who can’t lie. If they do, they have sudden hiccup that betrays their lies. Those people are called Pinocchios. Now, this concept ran the entire span of the show even when it became ludicrous. Entire parts of the plot were based on the fact that no one ever doubts the words of a Pinocchio, not even considering that they may be mistaken- mistakes are not lies- or ignorant of a thing or another. If they say something then it must be the absolute truth. Ludicrous and plot convenient but I did respect that they stuck to their guns.

One extra bit of jellybean on top of that *stick to your guns* type is when the concept is both used for the plot and for bits of comedy. Here is a moment that made me laugh in the Pinocchio show:

Female lead talks to male lead about how it is not the right time for them to be together and that there is too much that stands in their way.

FEMALE LEAD: Don’t worry about me, I can manage my feelings for you.
Hiccup.
FEMALE LEAD: Nope, I can’t.
She leaves.

The core of drama lies with the main characters. All of the supporting characters are either used for exposition, transition or comic relief. I found that every-time a very intense scene would end, we would cut to a set of supporting cast that would bring some relief to the audience. They equally share their actions between servicing the main plot and other plots that had no impact on the main story.

So the idea here is to have a set of supporting characters that provide a break between big emotional scenes. This works especially well on ensemble shows that have teams of characters. It may not work as well when the show is especially focused on two to three characters.

The Creep Factor is Sky High

There are many instances where the difference between romance and crime lies in the fact that all the key characters in Korean dramas are played by very good looking people. If you were to replace the actors by people considered to be less attractive or with visible quirks, a lot of the scenes would flip on their heads

For instance, one of the shows I worked on had one of the female leads follow the male lead on the street for a long while, looking at him with love filled eyes and mimicking his “cute” behavior making sure that he doesn’t notice her. Go ahead and switch those two, having the man follow the woman, lower his attractiveness factor by half, add a small visual quirk- his shoulder is a little jumpy due to a wound that never healed- and underline the entire thing with some anxiety triggering music.

Characters in dramas are creeps but they get a pass due to their extreme attractiveness.

One Hour Run Time is a lie

Most Korean dramas clock out at about 60 minutes of runtime per episode. That includes an incredible amount of flashbacks of scenes that played in the previous episode or earlier in the same episode. That tells me two things:

Here, on a side note, I discovered that drama actors delivery is actually very slow and there is a lot of useless dead time in dialogues. I was playing everything 33% faster while working to speed up my output and found that a lot of the dialogue was flowing better and the jokes were hitting harder. However, playing dramas in this way does break the tension when characters have to run from one dramatic situation to another. A 33% faster run is not dramatic, quite the contrary.

I will conclude here with two quirks that were more funny to notice than anything else.

Equation for Traveling Time to the Airport

There is a simple equation when making characters travel to an airport, especially when it comes to Incheon International Airport, the biggest in the country and the most logical one to use when traveling overseas. When leaving from any parts of Seoul- where most dramas are shot- the equation goes like this:

Time of the day + (traveling time*number of hours required for nightfall) = time of arrival.

Airports are expensive to shoot at and insanely busy during the day, so all airport scenes in Incheon are shot at night.

Chatrooms Delete all the Messages Automatically

We all use phone messaging and we all know how it works. There is never an empty chatroom when chatting with someone on regular basis, and yet, in Korean dramas, chatrooms are always empty except for the message that just comes in. That allows the audience to see the message with the collateral effect of getting a feel that everything is fake. The only times I saw a long line of messages is when said line was important to the plot. It is all very utilitarian and realism isn’t the priority.

There you have it, a few of the things that I witnessed and learnt when working on this project. I am hoping to get more of those in the future as it was not only interesting but also eye opening. After 10 years in Korea, I had come to the conclusion that Korean dramas were the imaginary land of screaming bad acting and love triangles but I discovered that there was more to it. I may even stretch as to make some recommendations in the future.